The Spirit of Radio

Radio provides consumers with a reassuring presence in challenging times 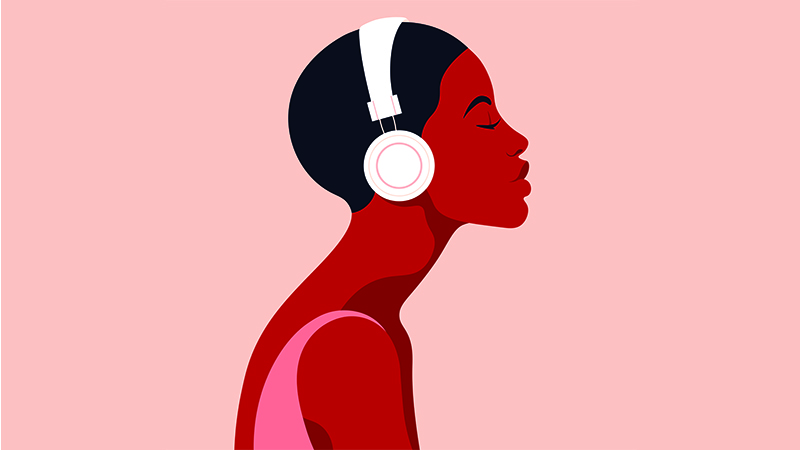 March 2020 marked the dawn of a new era, in which "business as usual" was turned upside down. Over the past few months the business of doing business has undergone seismic change that will evolve for years to come.

Amid dramatic changes in the media landscape, radio listening remains a bright spot for consumers.

March also sparked a new sense of unity, as brands, organizations, consumers, celebrities, and athletes collectively focused on a single and shared mission: Supporting one another, frontline workers, and the greater good.

Naturally, when shelter-in-place orders began earlier this year and the pandemic started to escalate, radio was there - as it has always been in times of national crisis.

Radio has long been known as a deeply personal, trusted, and supportive partner for consumers, communities, and companies of all stripes. Fostering unity is part of the DNA of the more than 15,000 radio stations across the country.

During a time of great crisis, radio broadcasters provide the most reliable, relevant, and trusted local news and have helped local communities overcome challenges while becoming the critical link for how people can lend a hand. During the shutdown caused by the coronavirus, there were thousands of small businesses in markets across the country that remained open and desperately needed people to know that. Radio, of course, went above and beyond the call. Examples abound:

These are just a few of the countless examples of how radio emotionally connects with fans, supports the community, promotes businesses, and brings all the parties together during unsettling times. As America gets going again, radio remains a trusted companion and a force for good that unites communities.

Consumer behavior shifted, and continues to shift, at lightning speed due to the COVID-19 pandemic. The crisis sparked concerns about the economy and worries about the physical and mental well-being of people's families and friends, with more and more folks wondering how they were going to purchase basic items, according to EY. 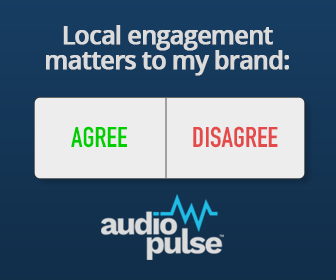 The concerns have led to dramatic changes in consumer behavior, as millions of Americans hunkered down at home. The EY study adds that 39 percent of U.S. consumers are shopping online more often and 83 percent of affluent Americans are trying to stay healthy. A Mindshare studyÂ says 55 percent of consumers have purchased home workout gear.

Amid the changes, radio listening remains a bright spot for consumers, with three times more listeners turning to local radio than any other source, according to an infographic prepared by the Cox Media Group.

As the virus started to spread rapidly in mid-March, radio listenership maintained 96 percent of its reach and 90 percent of its average quarter hour audience across all demographics and ethnicities, per Nielsen data as displayed by a Katz Media Group infographic.

The data also revealed that at the height of the work-from-home period - between the second week of March and the second week of April - out-of-home listening levels remained the dominant form of radio listening. The reason? Sixty percent of heavy AM/FM radio listeners who work outside their homes continued to do so and maintained their radio-listening habits.

Those working from home during this period missed certain aspects of their commute. As the RAB's blog Radio Matters reports, a survey by CarInsurance.org found that the thing drivers missed most was audio in some form - listening to music, podcasts/audiobooks, and talk radio.

Daypart listening also shifted slightly, as more Americans slept in, but midday, evening, and total day radio listening levels have all retained more than 91 percent of prior audience levels.

Since the COVID-19 outbreak, 39 percent of consumers listened to music on a different or new station more often and 88 percent listened to the same amount or more of the same station or same format to which they typically listen, according to Nuvoodoo.

Consumers lean into their local radio station because they trust the content and the people who carry it. As part of a survey presented in partnership with the RAB, Jacobs Media Strategies asked respondents who they "completely trust" to provide legitimate answers and solutions to the coronavirus outbreak. Radio was second only to the CDC and National Institutes of Health in popularity. Further, 26 percent and 30 percent of respondents, respectively, indicated that radio personalities and their favorite morning shows are even more important during the COVID-19 crisis than they ever were.

Building a Bridge for Marketers

A combination of historical and current research compiled by the RAB shows that brands that continue to deliver relevant storytelling across trusted communication channels as consumer behaviors change will be in a much better position as the economy regains its footing.

But in both good times and bad, marketers have the opportunity to fulfill the promise that consumers expect. Sixty percent of small business brands informed customers of new precautions being taken in response to the crisis, 46 percent offered different options to consumers, and 33 percent replaced hard sales messages with empathic ones, according to information presented by Borrell Associates during an RAB-sponsored webinar.

According to a separate Myers Report study, radio across platforms delivers multiple, extremely attentive audiences in the communities where they live, work, and consume products. The brands that are able to communicate creatively and send relevant messages are winning the race for consumer attention.

The indices show that these brands exceed key metrics including awareness, message, reputation, and action by an average of 35 percent through their use of radio. The common themes among the high-scoring ads were providing relevant information on how to access the brands, special offers in light of the current situation, and an empathic tone. Notably, two of the highest-performing spots were delivered by local radio station personalities.

Planning for an Economic Revival

As the status of the economy evolves, companies continue to shift their marketing message to reflect changing consumer needs. Borrell Associates has identified a three-part sequential messaging path for the new norm: "We're open for business" (i.e., awareness/good news), "We're COVID-19 compliant" (i.e., the company is safe and this is what it is doing for consumers), and "Have we got a deal for you" (i.e., offers to drive immediate traffic and sales).

The radio industry's plans for an economic revival are to support businesses, people, and communities. Radio will do everything it can to continue to help the economy get back to where it needs to be in markets across the country.

"AM/FM radio is the soundtrack of America's re-opening and reemergence," said Tony Hereau, VP of cross-platform insights at Nielsen, in an article posted by Inside Radio. The article referred to a webinar in which Hereau discussed a recent Nielsen study showing that heavy radio listeners are key to driving commerce and supporting the economy since they're more likely to go out and shop once COVID-19 eases in their market.

Radio will support national, regional, and local business and will continue to provide its listeners with the content they trust and rely on, the entertainment they want, the sports they crave, and the passion and humanity they need. The medium will also continue to innovate to deliver branded content the way consumers want it, whether over the air or via smart speaker, podcast, TV, and the next digital gadget to come.

"There's something about the spirit of radio," says Adam Grant, a creative director at digital agency AKQA. "It helps us all to know each other better and gives us a sense of purpose and community in a time where we need those things more than ever."

Tammy Greenberg is the SVP of business development at the Radio Advertising Bureau (RAB), a partner in the ANA Thought Leadership Program. You can email Tammy at tgreenberg@rab.com.